Taonga presented to the HSR finalists and overall winner

The event commenced with a mihi whakatau, led by Glen Katu and supported by the Te Tauaki Puawai Waiata group. Kaumatua Glen then performed a blessing of the special awards (taonga) – a framed patu for each finalist and taiaha for the overall winner. The taonga were carved by men at Northern Regional Corrections Facility. 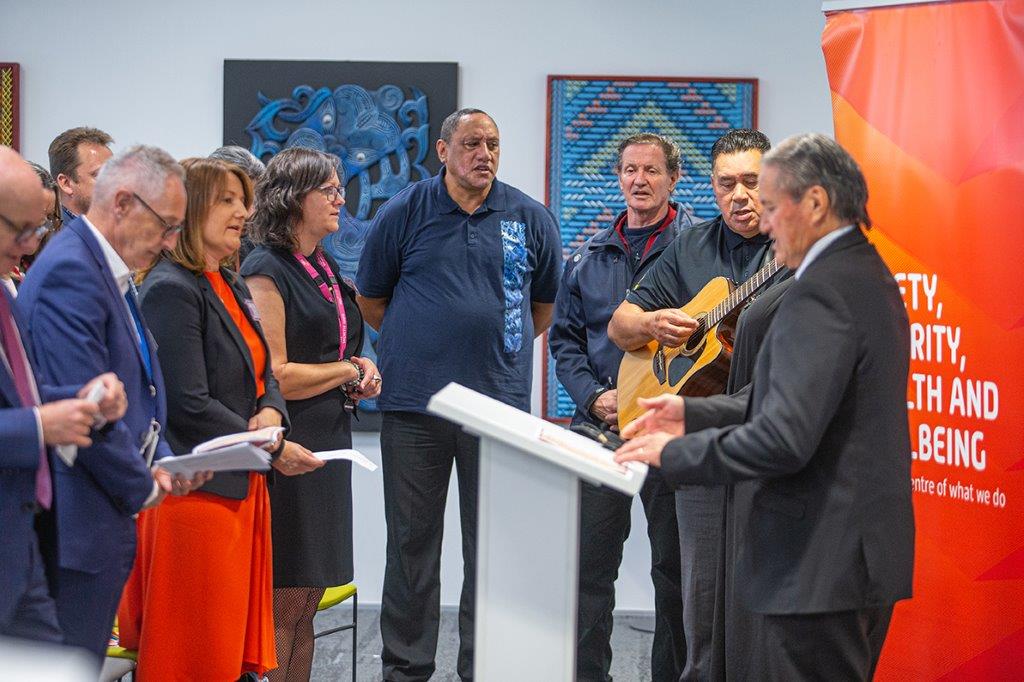 A waiata was performed as part of the mihi whakatau

Ray’s vision is that all HSRs feel supported in what they are doing, and that they feel able to step forward when others can’t, and play an active role in their organisations.  He spoke about Minister Wood’s passion for HSRs and that the Minister has shown support for the GHSL’s work to empower and support HSRs.

Another point Ray spoke about was the need for agencies to focus equally on health (as well as safety), and that mental wellbeing is a key component of this.  He sees that creating a positive workplace culture is also key and that HSRs play a critical role in creating workplace culture, and need the support of their agencies to help lift confidence and capability in this area. Tracy Klenner, Public Service Sector Lead, PSA, announced each of the finalists and invited them forward to receive awards which were presented by Ray Smith.

The six finalists were selected by a judging panel comprised of representatives from the PSA, WorkSafe NZ and the GHSL. Read more here about each of the finalists and what stood out to the judging panel. 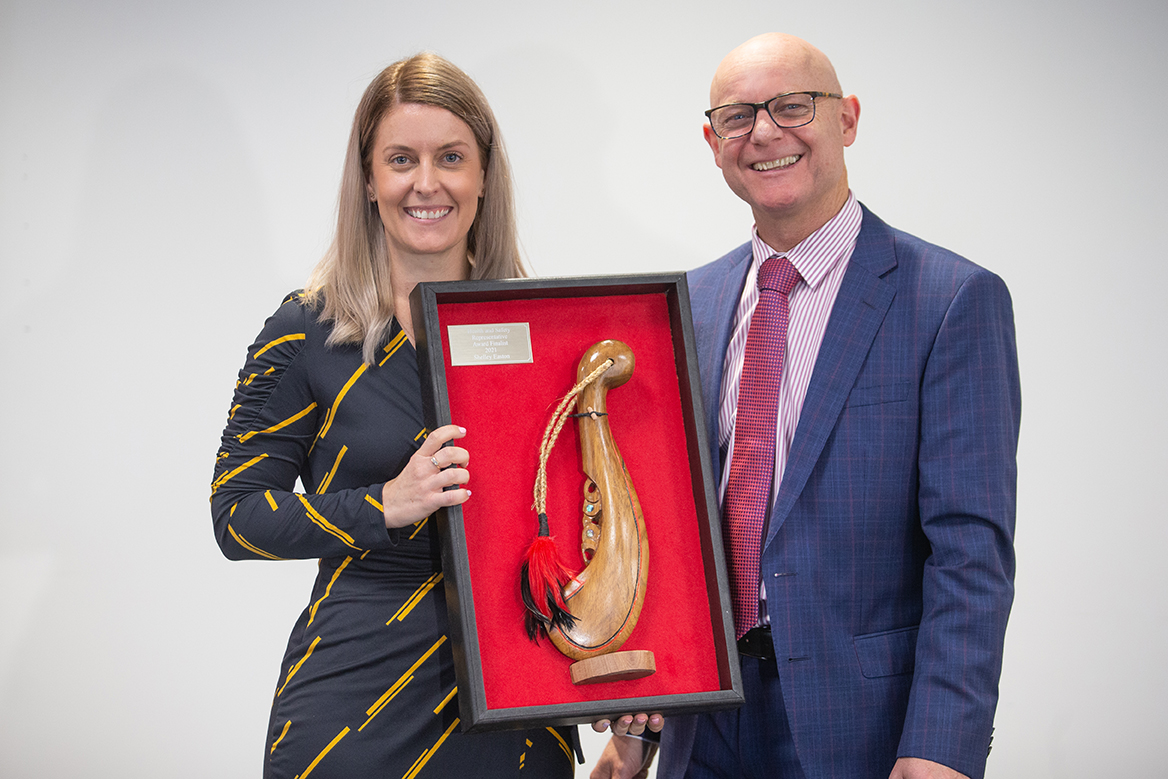 Ray Smith announced the overall winner for 2021, and presented recipient Natalie Price from MFAT with her award.

“The judging panel felt that Natalie exemplifies the role of a health and safety representative. Through her efforts, she has helped to create a culture in which the H&S Committee and HSRs are truly the voice of the workers.”

Highlights from the event

We have a gallery of photos from the event, and a video showing the highlights of the night.